Skip to content
The Medical Cannabis Clinics are now Lyphe. The same quality care with a new look.
Learn more

Enjoy this article by The Medical Cannabis Clinics and speak to a patient coordinator if you wish to learn more about ways to get a medical cannabis prescription for Crohn’s disease in the UK.

What is Crohn’s Disease (IBD)?

Inflammatory bowel disease— or IBD — is an umbrella term for chronic inflammatory conditions. Crohn’s disease is one of the most common types of IBD. These conditions affect the digestive tract (including both the small and large intestines, stomach, oesophagus, and mouth). It is still unclear what causes IBD, although it is argued to be associated with genetic and environmental factors, such as antibiotics and infections, that cause the body’s immune system to incorrectly attack food and microorganisms in the gut, leading to inflammation within the digestive tract. Essentially, the immune system attacks itself, making Crohn’s an autoimmune disorder. Generally, IBD shifts between periods of relapse and remission. Scans, stool samples, and blood tests can all help to make a diagnosis of the disease.

The symptoms of Crohn’s disease can vary depending on which part of the gut is affected and how severe it is. However, some of the most common symptoms include, but are not limited to:

To this day, there is no known cure for IBD, including for Crohn’s disease. Current treatments typically aim to subdue the immune system and decrease inflammation to help people remain in remission. However, many of these medications are associated with severe side effects, such as liver problems, non-melanoma skin cancers, and lymphoma. Medical cannabis is one popular alternative treatment option for IBD conditions such as Crohn’s disease. But, what is medical cannabis, and what does the evidence say about medical cannabis for Crohn’s?

What is Medical Cannabis?

Medical cannabis is a term to describe cannabis medicines prescribed by physicians for patients. It is used to assist with numerous symptoms caused by particular medical conditions. You can get an official prescription for medical cannabis at licensed medical cannabis practices. Medical cannabis has been considered a legal cannabis medication in the UK since 2018. However, it is illegal to smoke it, so it is provided in the form of a flower that can be vaped or an oil which is taken sublingually. The substance is grown, produced, and packaged under stringent conditions to qualify as a medical-grade product.

The cannabis plant is composed of over one hundred different compounds or cannabinoids. Two of the most well-known are tetrahydrocannabinol (THC) and cannabidiol (CBD). Different forms of medical cannabis will have varying levels of THC and CBD, depending on the symptoms it is being used for.

The Endocannabinoid System and IBD

To gain a clearer understanding of how medical cannabis is believed to help the body, and IBD specifically, it is important to have a basic knowledge of the endocannabinoid system (ECS). The ECS is a system that helps our bodies to regulate many components, including emotions, mood, memory, pain, appetite, gastrointestinal (GI) motility, inflammation, and immune function. It is a complicated combination of endocannabinoids (which our bodies produce organically) that stimulate cannabinoid receptors. These are found in numerous parts of the body, such as the muscles, the whole GI tract, and the brain. THC and CBD have similar molecular shapes to endocannabinoids, so when these cannabinoids are consumed, they fit into the same receptors and cause a range of effects on the mind and body. They can modulate physiological functions exactly as endocannabinoids do. This is significant because modern research is increasingly suggesting that the function (or lack thereof) of the ECS is related to the anatomy of IBD. Indeed, studies indicate that the ECS is a significant factor of inflammatory activity in IBD and that the use of cannabinoids, such as THC and CBD, can enhance the impact of the disease by helping to reduce tissue damage and inflammation.

What Are the Potential Side Effects of Cannabis?

Research into the long-term side effects of cannabis is limited, and much of it is of low quality or has conflicting results. However, there are several potential side effects that have been associated with cannabis use, including:

Using cannabis illegally is dangerous because you cannot guarantee it does not contain other and potentially ingredients, such as lead particles. Therefore, you should never buy cannabis illegally but should consult a medical cannabis clinic or specialist doctor to get it prescribed legally. This guarantees the safety of the product and a channel for you to voice any concerns or questions.

What Do the Studies Say About Medical Cannabis and Crohn’s Disease (IBD)?

More research is needed to have a more comprehensive view of the relationship between medical cannabis and Crohn’s disease. One main obstacle to drawing conclusions is that different studies use different varieties of cannabis in different forms. Plus, there are no objective measurements to illustrate improvements in symptoms. However, studies conducted so far show promise:

The Crohn’s and Colitis Foundation’s official stance on medical cannabis is that there is evidence that cannabis may assist with disease symptoms. Still, the use of it is limited by concerns regarding safety and side effects. Therefore, larger and more comprehensive studies are required to categorically conclude whether cannabis is a safe and viable treatment for Crohn’s disease, but the research so far shows much potential. It is important if you are considering using medical cannabis that you approach a medical cannabis clinic or specialist doctor, as the safety of the medical cannabis is assured, and professional assistance is available to advise and alleviate any concerns.

Book a Consultation Call About Medical Cannabis for Crohn’s

Is Crohn’s disease considered a disability?

Crohn’s disease is a chronic inflammatory and autoimmune condition. IBD is not officially viewed as a disability that can be registered in the UK with the government.

While more research is needed, the evidence so far indicates that cannabis, including CBD, may assist with the alleviation of Crohn’s symptoms.

What is the best treatment for Crohn’s disease?

While there is no cure for Crohn’s, there are numerous medications available. However, many are associated with severe side effects, which is why many people look to medical cannabis as an alternative option. 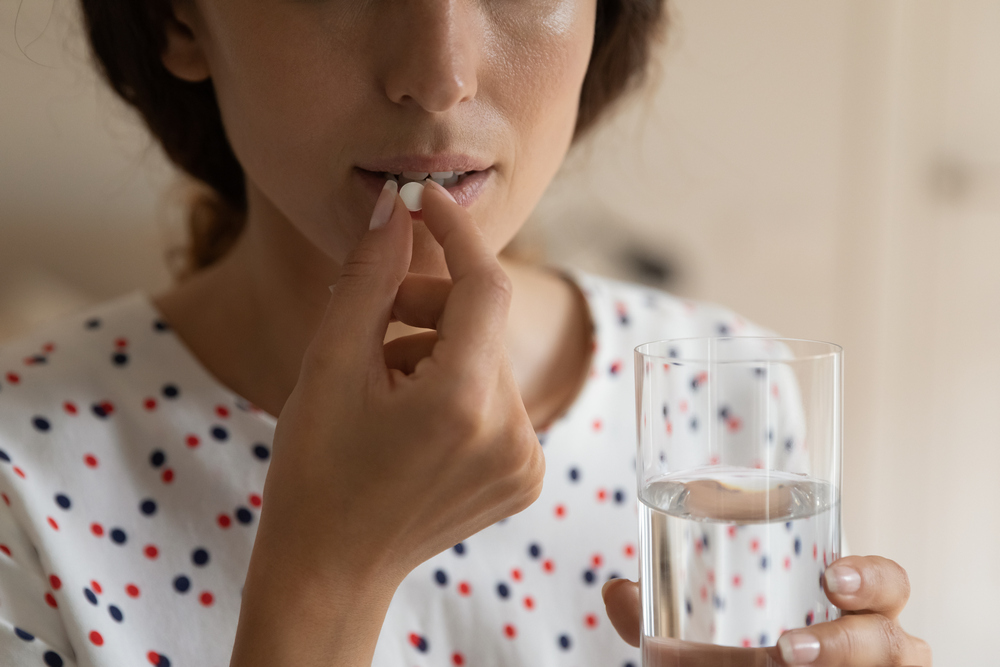 Sidelined By Painkillers: What To Do When Your Pain Medications Don’t Work

Key Points: If your pain medications aren’t working, it can be frustrating and difficult to cope with. Patients can try switching medications, but it may not be the best… 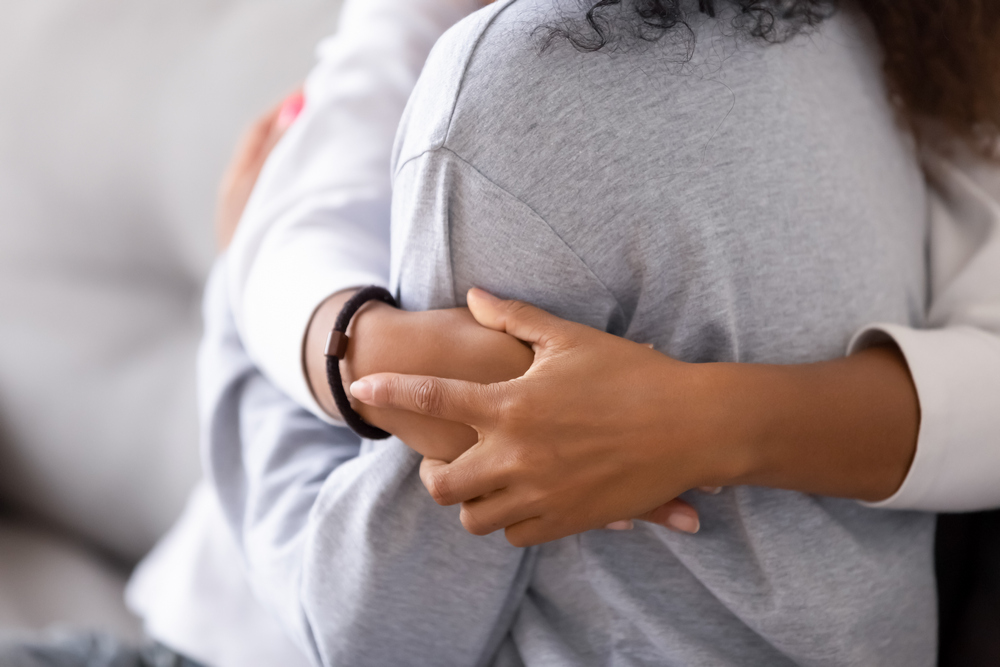 A Guide To Chronic Pain Management: How To Understand Pain and Help Your Loved One With Chronic Pain

Key Points Chronic pain is a life-altering condition that can greatly impact your loved one’s mental and physical health. It can be difficult to understand what it’s like to live… 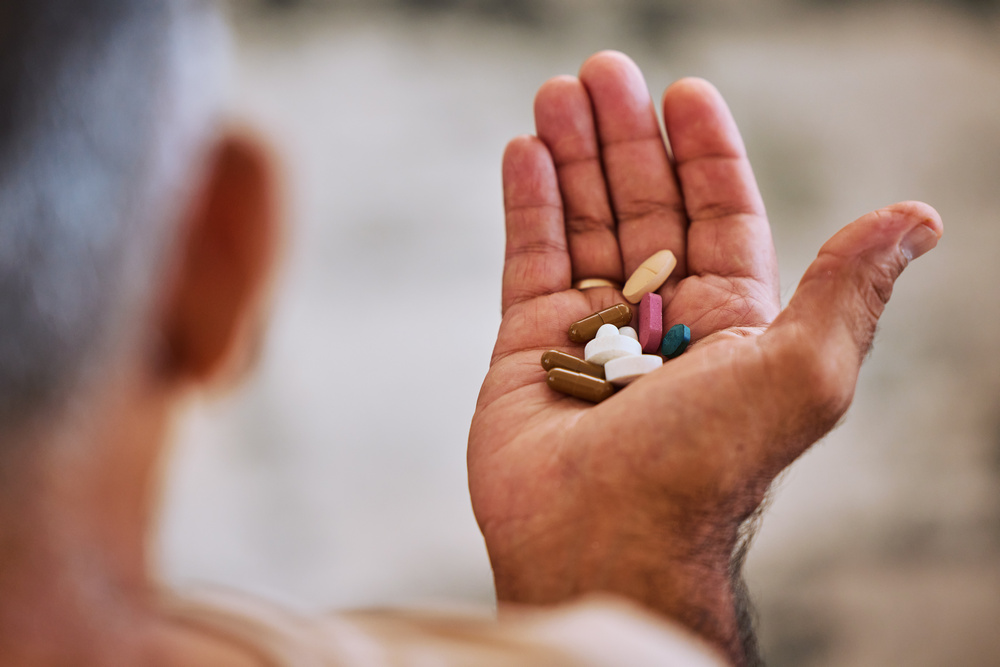 Key Points Painkillers (or analgesics) are medications that relieve pain. They can be used as a short-term treatment for acute pain or as long-term therapy for chronic pain. There are…

Ready to start your journey?

Check if you are eligible

Start your journey in getting treated with medical cannabis
Get Started

Speak to an advisor

Free appointment with our expert Patient Advisor
Speak to an advisor
We use cookies on our website to give you the most relevant experience by remembering your preferences and repeat visits. By clicking “Accept All”, you consent to the use of ALL the cookies. However, you may visit "Cookie Settings" to provide a controlled consent.
Cookie SettingsAccept All
Manage consent

This website uses cookies to improve your experience while you navigate through the website. Out of these, the cookies that are categorized as necessary are stored on your browser as they are essential for the working of basic functionalities of the website. We also use third-party cookies that help us analyze and understand how you use this website. These cookies will be stored in your browser only with your consent. You also have the option to opt-out of these cookies. But opting out of some of these cookies may affect your browsing experience.
Necessary Always Enabled
Necessary cookies are absolutely essential for the website to function properly. These cookies ensure basic functionalities and security features of the website, anonymously.
Functional
Functional cookies help to perform certain functionalities like sharing the content of the website on social media platforms, collect feedbacks, and other third-party features.
Performance
Performance cookies are used to understand and analyze the key performance indexes of the website which helps in delivering a better user experience for the visitors.
Analytics
Analytical cookies are used to understand how visitors interact with the website. These cookies help provide information on metrics the number of visitors, bounce rate, traffic source, etc.
Advertisement
Advertisement cookies are used to provide visitors with relevant ads and marketing campaigns. These cookies track visitors across websites and collect information to provide customized ads.
Others
Other uncategorized cookies are those that are being analyzed and have not been classified into a category as yet.
SAVE & ACCEPT